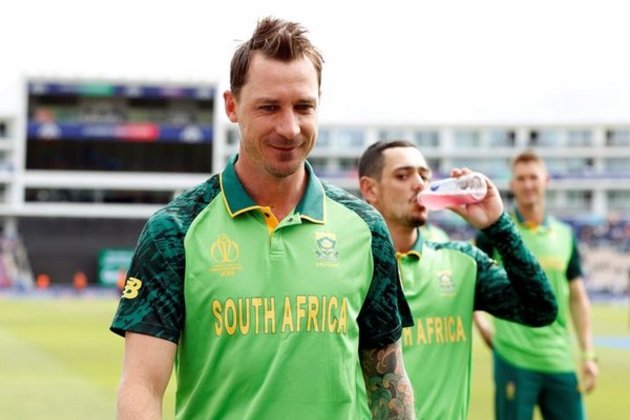 "Steve has come and with his technique that he is naturally developed, he is just confusing bowlers left, right and centre. I think he is a marvellous player. He is wonderful, he has got a great eye and a very difficult and weird technique to work out, which is working for him beautifully," International Cricket Council quoted Steyn as saying.

Thirty-year-old Smith Smith had an exceptional Ashes with the bat as he registered 774 runs, scoring the most number of runs in a series this decade.

He was given the Man of the Series award as well for his exploits in the five-match Ashes.

"They literally do not know where to bowl to Smith. And while they are trying to work that out, he is clubbing them all over the place and scoring runs at the same time. He is just in a league of his own right now and I am very happy that I do not have to play Test matches against him ever again," Steyn said.

The 36-year-old boasted a strike-rate of 42.3 in the longest format of the game and it is the best among bowlers with a minimum of 200 scalps. Steyn said that it is hard to bowl to batsmen with unorthodox techniques.

"When I bowled to batters like Michael Vaughan or Jacques Kallis who were classical, technically perfect, sound batters, I always found that I could get them out. It was only the weird guys that came around, like Shiv Chanderpaul and Steve Smith, they really confuse you about the line you should be bowling. Whether that should be on the stumps or outside the stumps," Steyn said.

Australia opener David Warner had a struggle with the bat in Ashes as he managed only 95 runs from ten innings. However, Steyn is confident of left-handed Warner coming back into form.

"He is one of the best batters I have ever bowled to. He puts you under pressure from ball one on day one of a Test match. You have to take what he can give you. In this case, he has been found wanting around the wicket against someone like Broady (Stuart Broad) attacking that off stump. Sometimes that can happen. But he will get to Australia, he will find some form, he will be playing around his mates and around his home crowd and that can quickly change for him," Steyn said.

"World-class players do not become rubbish overnight, especially over one tour. He will be fine, I would not drop him at all. I would leave it as it is," he added.

Steyn was recently acquired by Big Bash League (BBL) side Melbourne Stars for the upcoming edition of the tournament.

Steyn has played 125 ODIs for Proteas in which he has scalped 196 wickets with the best figure of 6/39.