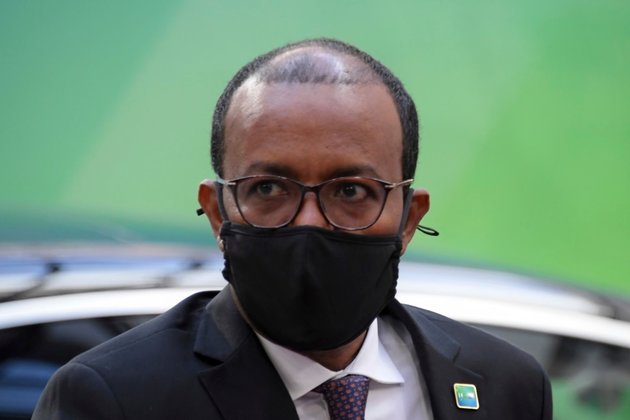 MOGADISHU - Somalia's prime minister has suspended his foreign affairs minister over allegations that he authorized an illegal shipment of charcoal to Oman. The Somali government banned charcoal exports a decade ago to prevent deforestation and the funding of conflicts. However, analysts say the shipment was not the real reason for the suspension.

The suspension of Foreign Affairs Minister Abdisaid Muse is equivalent to a dismissal and came after he authorized a ship to leave Somalia carrying a load of charcoal. The shipment violates Somalia's laws preventing charcoal exports.

Isak Farhan, deputy director of Somali Public Agenda, a research group based in Mogadishu, notes that Muse was close to outgoing Somali President Mohamed Abdullahi Farmajo, and had ignored letters from the prime minister, including one that fired African Union Special Envoy to Somalia Francisco Maidera.

Isak says the export of charcoal is a highly sensitive issue in Somalia because makers of charcoal cut down trees and cause damage to the environment.

He says, it is illegal to export and log coal in Somalia because it contributes to land degradation, drought, and famine. Somalia is semi-arid, he says, so logging forests will exacerbate desertification.

He says, I find it particularly regrettable that some people are still involved with logging trees in Somalia, let alone a government official, such as the foreign minister, to permit a ship to carry charcoal to Oman. He says that will certainly encourage those who were discouraged to continue logging the trees.

The professor noted that charcoal exports were banned by both the Somalia government and the United Nations Security Council in 2012, and that U.N. monitors are particularly vigilant about enforcing the ban.

He says, among the U.N. monitoring group's work is the ban on charcoal, which threatens Somalia's environment as it continues to become a desert, because Somalia is progressing towards desert.

It is still a mystery why the foreign affairs minister authorized an illegal charcoal export, but it is no secret that many Somali politicians take advantage of transitions between administrations, by putting their own interests ahead of the general public's.